The Most Dangerous Human Foods for Dogs 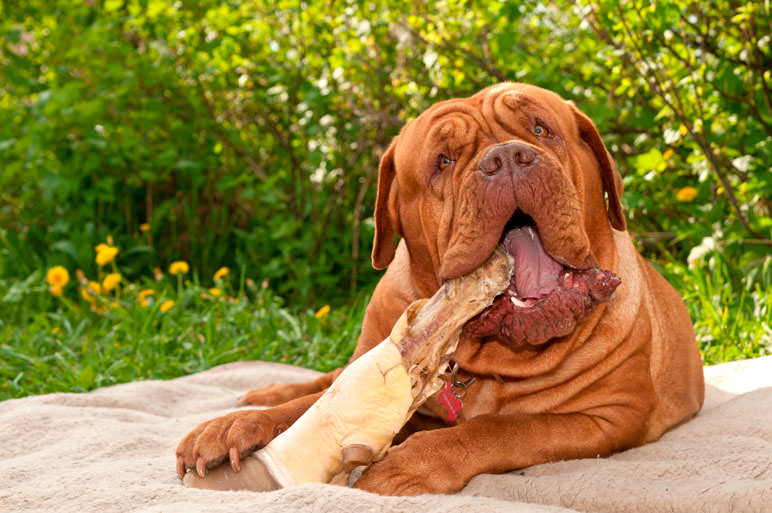 The majority of American households make pets part of their family. In 2018, it’s estimated that 68% of households own a pet (more than the percentage with children), which adds up to 84.6 million homes nationally. Perhaps not surprisingly, the most common pets are dogs, which can be found in roughly one out of every two U.S. homes.

Every dog owner knows that while owning a dog can be rewarding, keeping his or her aromatic curiosity in check can be a real challenge. When a dog chews up a new pair of sneakers, it’s annoying, but when he breaks into the pantry, it can be dangerous. In 2017, the ASPCA Animal Poison Control Center received 199,000 poisoning cases, almost one-fifth of which were the result of ingesting human foods.  Since Nom Nom in the business of cooking fresh dog food, we get a lot of questions from our customers about everyday human foods that can case pet poisoning.

Not all human foods are dangerous for dogs, but we believe in feeding pets food that was crafted for them, so understanding which are and isn’t is key to creating a safe environment for your pup. Our researchers have compiled the following list of human foods to avoid giving your dog. While some foods (like chocolate) might be obvious, others are certainly not. Here are the most dangerous human foods for dogs.

Researchers at NomNomNow compiled the list of dangerous foods for dogs using information from the American Society for the Prevention of Cruelty to Animals. Pet ownership statistics were obtained from the American Pet Products Association National Pet Owners Survey (2017-2018). Pet poisoning statistics were obtained from the ASPCA Animal Poison Control Center. If you have reason to suspect your pet has something toxic, contact your local veterinarian or the ASPCA Animal Poison Control Center immediately. 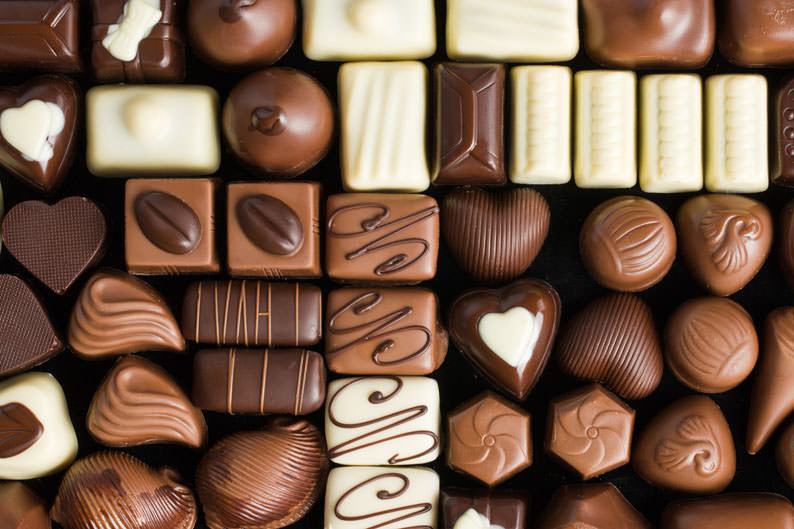 Chocolate contains a compound known as theobromine. Derived from the cacao tree, theobromine is the primary alkaloid in chocolate and contributes to its mood-altering effects. Theobromine is a member of the methylxanthine family, which includes other stimulants like caffeine. For humans, the amount of theobromine found in chocolate is low enough to not be a risk; but for smaller animals like dogs and cats, it can be toxic. When ingested, chocolate can cause vomiting, diarrhea, high blood pressure, panting, seizures, and in some cases, death. Dark chocolate (like baker’s chocolate) contains the most theobromine, making it more dangerous than milk chocolate or white chocolate. 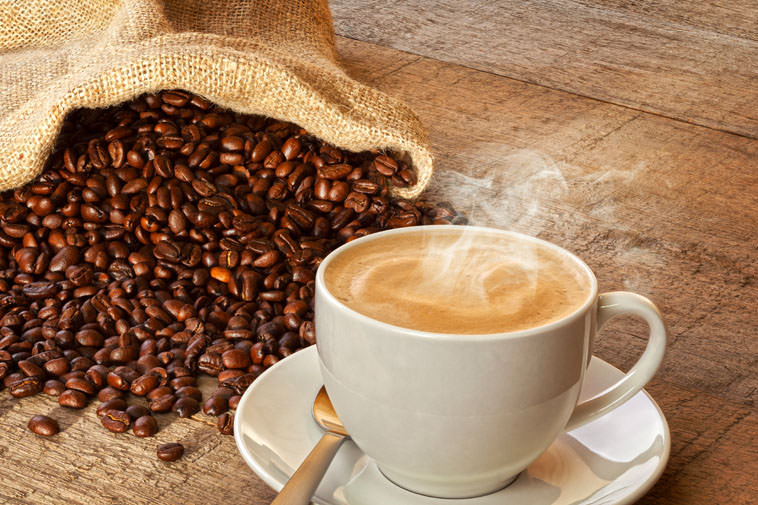 Similar to chocolate, products containing caffeine are also harmful dogs due to their effects as stimulants. Like theobromine, caffeine can also cause rapid heartbeat, vomiting, diarrhea, hypertension, seizures, and even death. This applies to whole coffee beans, brewed coffee, tea leaves, and also coffee grounds. So be careful not to let your pup get into the compost pile! 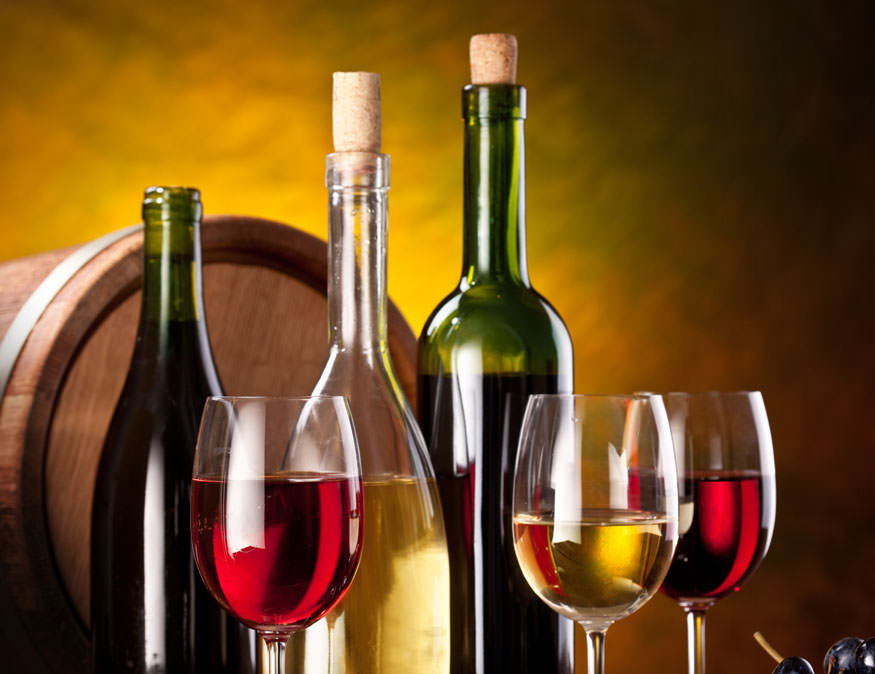 The same effects that alcohol have on people apply to dogs, but the results are amplified due to their smaller size. Alcoholic beverages and foods containing alcohol can cause central nervous system depression, inhibited motor function, vomiting, coma, and death. Pets should never be given alcohol of any kind. 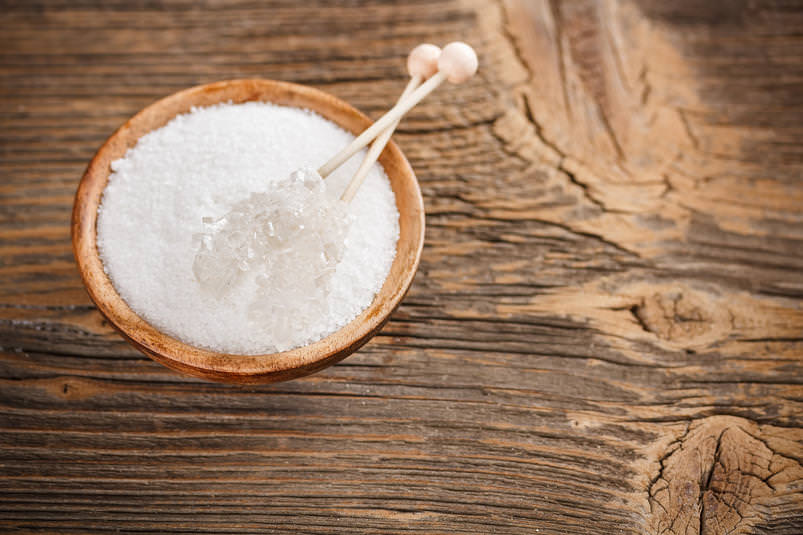 Xylitol is a common food additive in the U.S. It is categorized as alcohol, and most commonly used as a low-calorie artificial sweetener in gum, candy, toothpaste, and other sweets. While xylitol has no known toxicity to humans, it can cause hypoglycemia (low blood sugar) and liver failure in dogs as a result of its effects on insulin regulation. Initial signs of exposure include vomiting, loss of coordination, and fatigue. 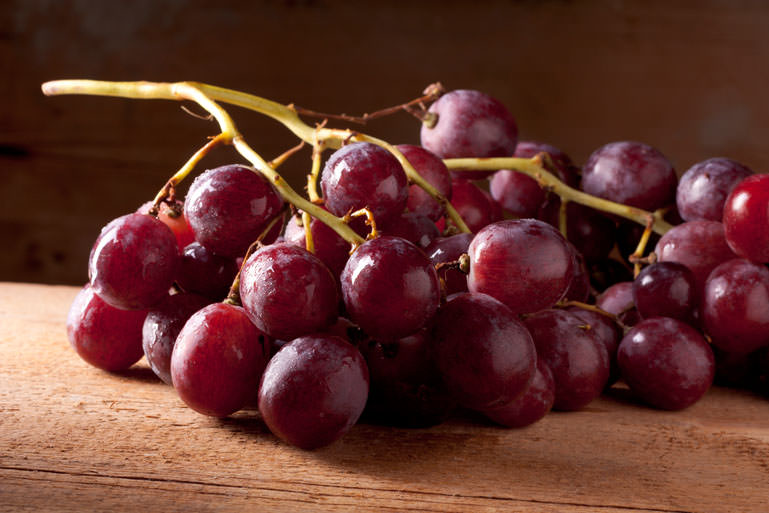 While the exact cause is not fully understood, grapes and raisins are considered highly toxic to dogs. Even very small amounts can lead to severe negative reactions. In the worst cases, consuming grapes or raisins results in sudden kidney failure for dogs. Until the mechanisms behind their toxicity are better understood, it is extremely important to keep grapes and raisins away from your pets

We believe the healthiest thing you can feed your dog is a fresh food diet that's balanced, complete, and made from 100% fresh, whole ingredients. Visit Nom Nom's dog food recipes to learn more about fresh food options for your dog. 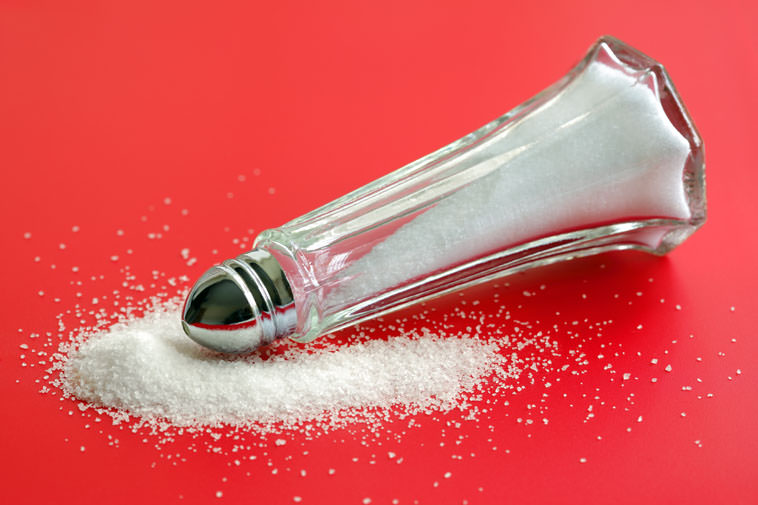 There’s something about salt that makes almost anything taste better. And while salt is a necessary component of our diet, too much of it can cause issues for dogs and humans alike. Salt poisoning can occur if your dog ingests a large amount of salt in a short period of time. The effects are worse if the dog doesn’t have access to freshwater. Symptoms range from gastrointestinal (thirst, vomiting, and diarrhea) to neurological (tremors, seizures, and convulsions). In extreme cases, salt poisoning can lead to kidney damage and death. Keep high-sodium household items far away from your pets. Things like playdough, soy sauce, table salt, and ocean water are common culprits of salt poisoning in dogs. 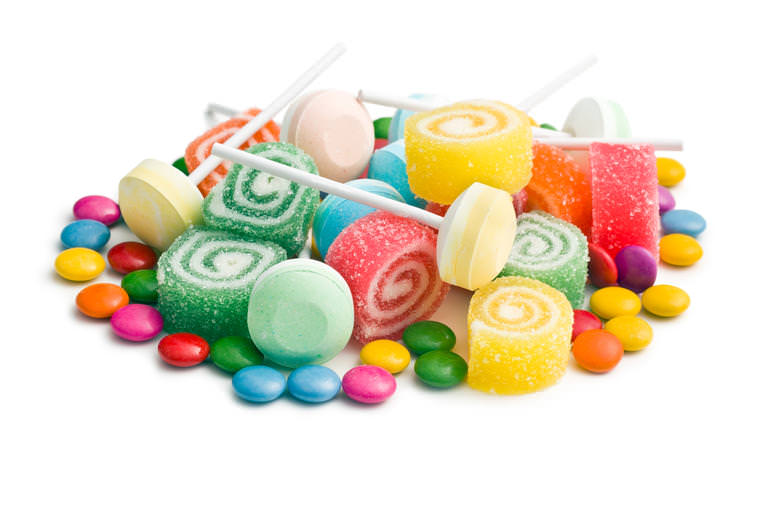 Many brands of gum and candy contain xylitol, which as discussed above, can be fatal to dogs. However, even gum and candies not containing xylitol still pose a risk to canines. When ingested, gum and chewy candies can lead to choking or blockages in the digestive tract. Additionally, hard candies are a common culprit for tooth fractures in dogs. So next time Halloween rolls around, make sure your bag of candy is well beyond Fido’s reach. 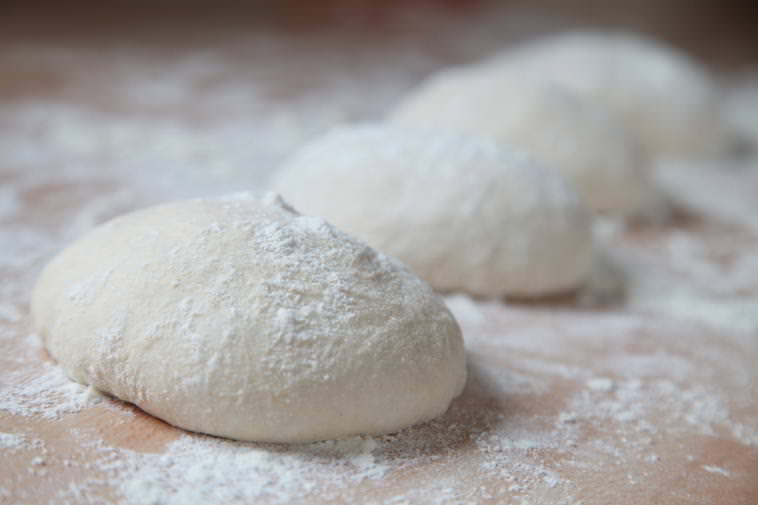 When making bread or other foods requiring raw dough, make sure to let the dough rise in a safe place (not in your dog’s stomach). When consumed before it has fully risen, the dough can continue to expand in the stomach causing discomfort, gas, and bloating. In the worst cases, consuming yeast dough can cause a dog’s stomach to twist or intestines to rupture, which are both life-threatening situations. Something less obvious is that when yeast rises, it also produces alcohol, which as discussed earlier, has its own harmful effects on dogs. Once the dough has been cooked, the risks are far lower. So breaking off a small piece of bread for your pup shouldn’t be a problem. 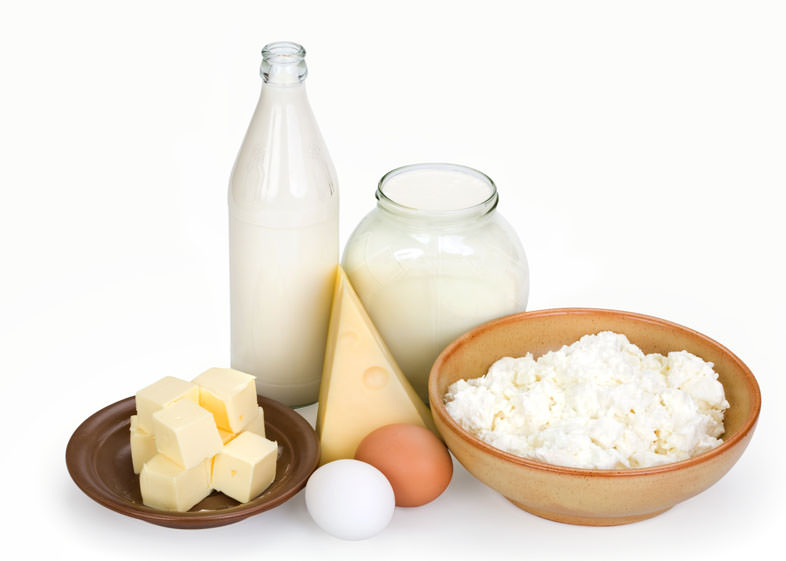 In humans, lactose intolerance is usually caused by a deficiency in lactase, the enzyme responsible for digesting lactose, which is the sugar in milk. Similarly, most pets don’t have sufficient amounts of lactase to digest milk and other dairy products adequately. As a result, dairy can give your dog an upset stomach, diarrhea, bloating, and gas. Dairy products that are higher in protein and fat, like cottage cheese and certain cheeses, might be easier on dogs’ stomachs since they are usually lower in carbs (lactose); however, their high-fat content can be problematic, so moderation is advised. It’s also important to note that some dogs will naturally tolerate lactose better than others; don’t be surprised if that’s the case for yours. 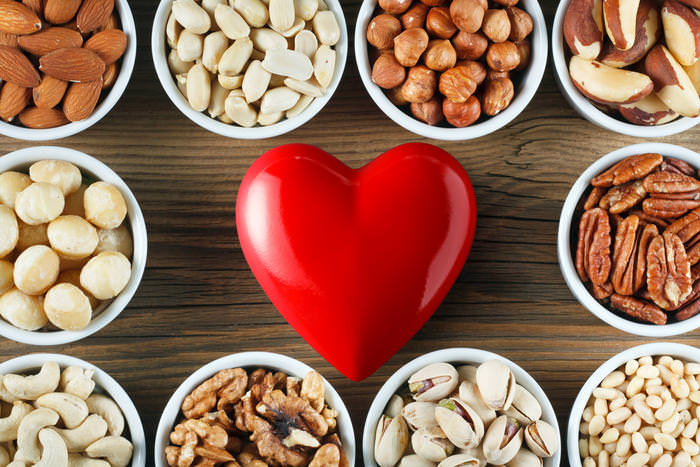 While certainly delicious and nutritious for humans, nuts generally contain high concentrations of oils and fats. When consumed in large quantities, these fats can cause vomiting, diarrhea, and sometimes pancreatitis in dogs. Additionally, macadamia nuts have their own unique, negative effects on dogs. When ingested, they can cause weakness, hyperthermia, vomiting, tremors, and other bad symptoms, which typically last 12 - 48 hours. 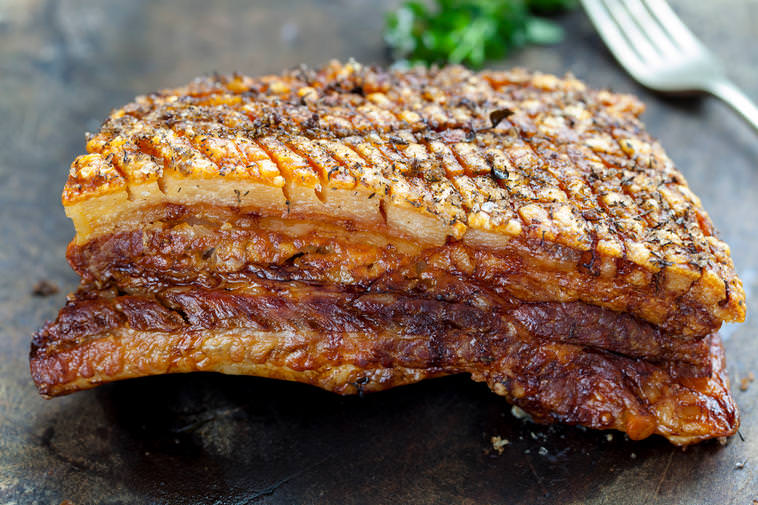 Dogs are very good at using fat for energy, which is why it’s common to see high-fat content in many pet foods. Dogs transport cholesterol as "HDL", the good cholesterol, so no worries about atherosclerosis and heart disease. Problems arise when dogs experience quick changes in either the amount or type of fat in their diet. Foods that are high in fats — for example, bacon, sausage, ribs, and fried fast foods — can lead to an upset stomach, diarrhea, or vomiting. In certain cases, eating unhealthy, high-fat foods like these can even cause pancreatitis. While it’s often difficult to say “no” to a begging puppy, it’s best to avoid sneaking your dog any of these unhealthy treats. 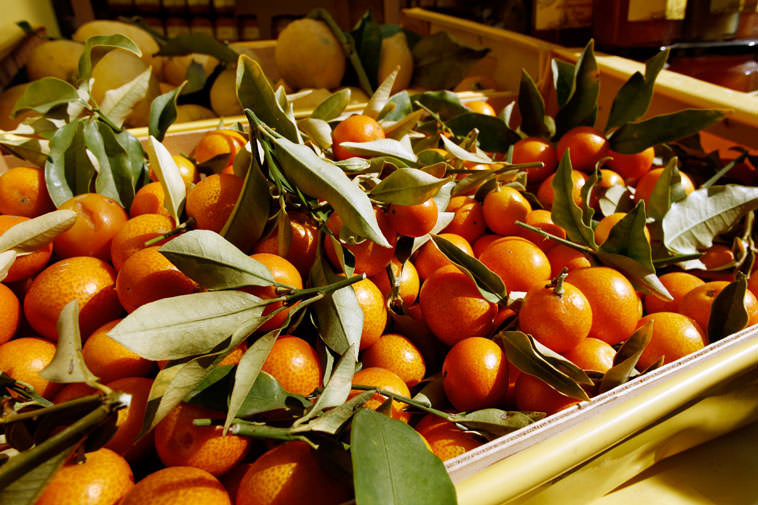 Citrus fruits contain citric acid. In extremely large quantities, citric acid can be problematic for dogs, resulting in central nervous system depression. However, most dogs don’t like the taste of citrus fruit and avoid these fruits on their own. It’s also important to note that many pet foods contain a low dose of citric acid, which is used as a beneficial, natural preservative. The small amounts present in these foods cause no side effects and shouldn’t be of concern.  A little bit of citrus fruit likely won't hurt either - but a citrus binge isn't advised. 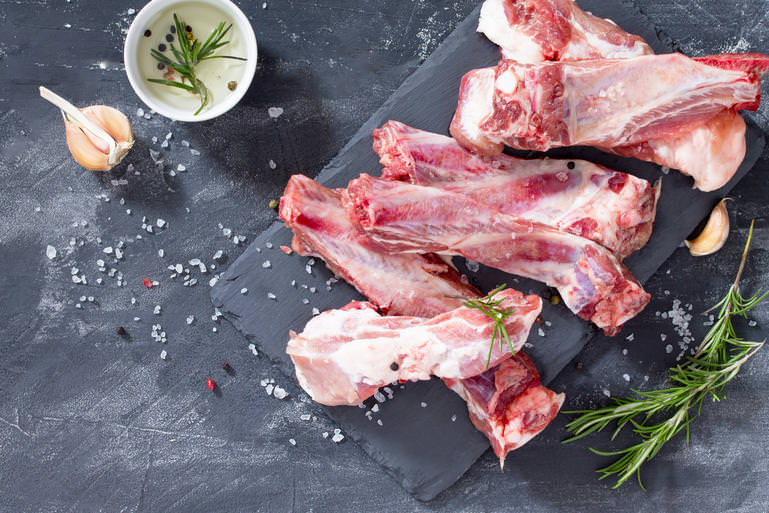 While throwing a dog a raw bone might seem like a harmless idea, bones can actually be quite dangerous for domestic pets. This is because bones often splinter, and when that happens, the sharp pieces can rupture your dog’s digestive tract or lead to choking. Additionally, raw foods (such as raw meat and eggs) can contain E. coli and Salmonella, which present similar risks to dogs as they do to humans. 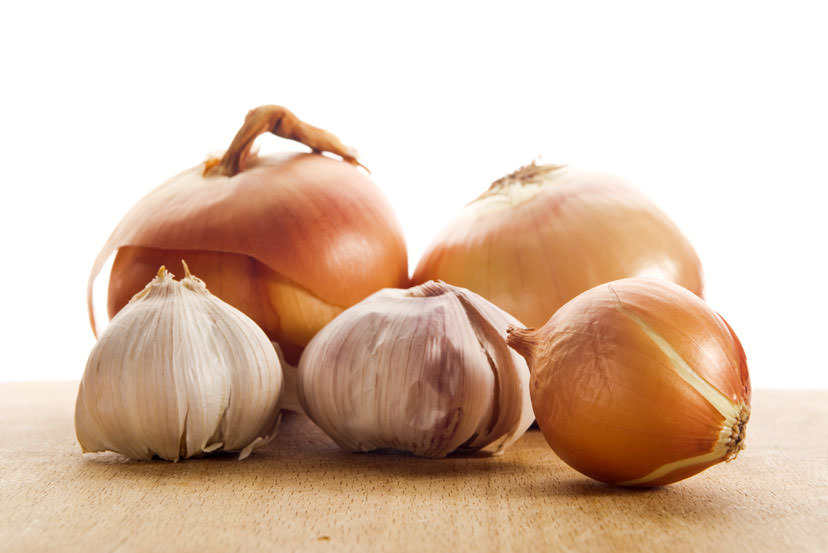 It’s a common misconception that dogs should never consume onions, garlic, or chives. The misconception stems from the fact that at extremely high doses, these foods can cause gastrointestinal issues and red blood cell damage in our four-legged friends. That said, the amounts typically added to pet foods (including treats) for flavor should not be problematic. 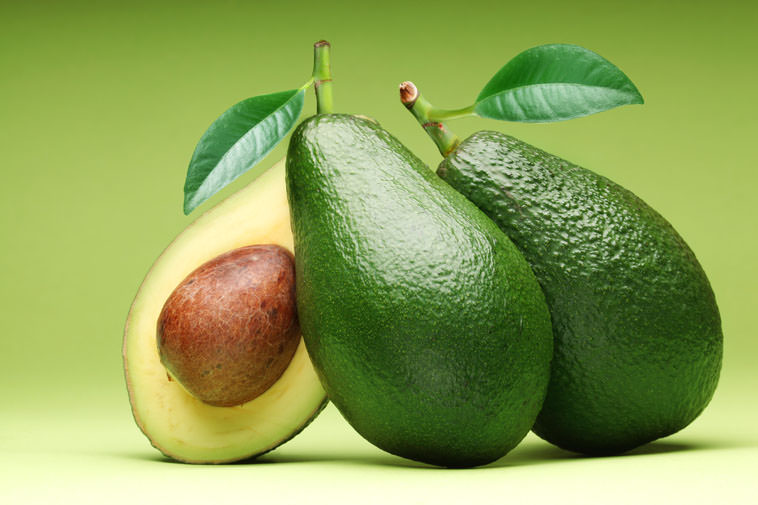 Another common misconception is that avocados should be kept away from dogs at all costs. Avocados contain a toxin known as persin, which at high doses can cause vomiting and diarrhea in dogs. The concentration of is highest in the leaves and bark of the avocado tree and the skin and pit of the fruit. The relatively low concentrations of in the ripe pulp, however, shouldn’t be dangerous. Birds and rodents are much more sensitive to avocado poisoning than dogs.

That being said, we believe the healthiest thing you can feed your dog is a fresh food diet that's balanced and complete, and made with whole food ingredients. Visit Nom Nom's dog food recipes to learn more about fresh food options for your dog

Previous article
Is a Change in Diet Right for My Dog?
Next article

BE KIND TO THE EARTH WITH NOM NOM

A week of meals starts at $20. Order today and get your first delivery on Thursday, February 09.