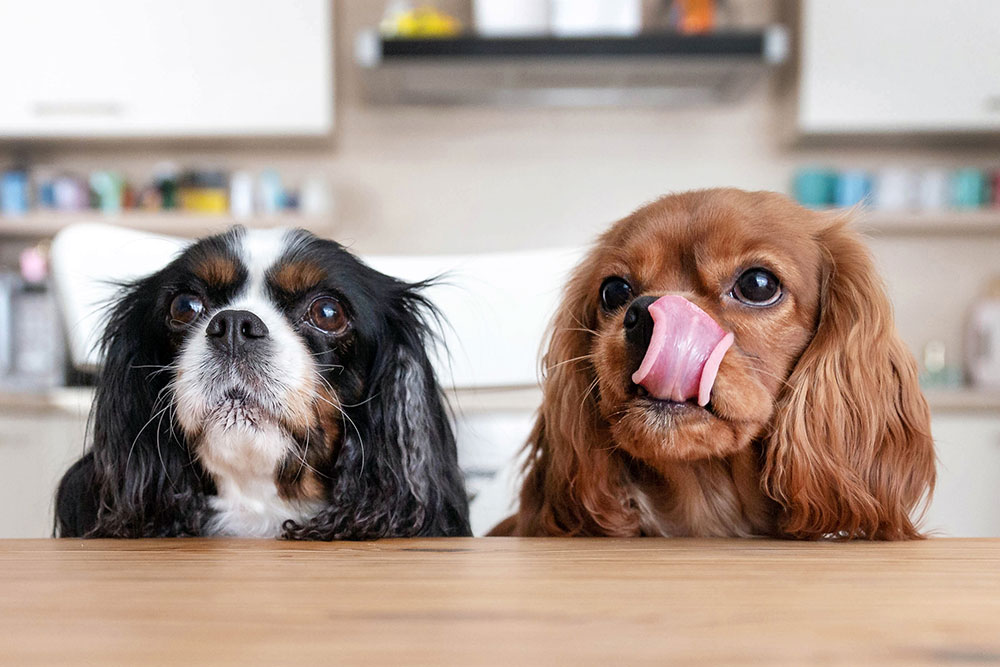 According to a 2015 survey, pet health is the number one factor for consumers when choosing their pet’s food, and 55% of pet parents would prefer to give their dogs and cats fresh food that can be served naturally or cooked. Put simply? Fresh food has quickly become a popular choice for anyone who wants the best food for their four-legged family.

At Nom Nom, we serve four fresh food recipes for dogs — all formulated to comply with the American Association Feed Control Officials (AAFCO) nutrient standards for all life stages. Free from heavy processing and fillers, these meals are formulated, prepped and portioned with your pet’s health in mind.

While Nommers have been reporting the health benefits of our fresh food for some time now, the science backing up these anecdotes is still in its infancy. A new study published in January 2021 by Dr. Kelly Swanson, The Kraft Heinz Company Endowed Professor in Human Nutrition and a member of Nom Nom’s Scientific Advisory Board, is helping to prove how and why fresh food like ours is so advantageous for pet health.

To begin the study, a dozen Beagles were fed the following diets, each for 4 weeks:

The two human-grade diets were gently cooked to preserve their optimal nutrient capacity — just like how we do things here at Nom Nom.

Since kibble is highly processed and often made from unusable human food wastes, it’s reasonable to think that when more waste goes in, more waste comes out, and passes through without much digestion or nutrient absorption.

The study proved this, as the scientists found that the two human-grade fresh diets had significantly higher digestibility (91%) than both the kibble (81%) and the highly processed fresh diet (87%). This finding agrees with results discovered by our very own Nom Nom scientists.

All Nom Nom recipes were found to be more digestible (>90%) across the board compared to a premium dry kibble. And if it wasn’t clear already, higher digestibility = more available nutrition.

The researchers also found that when dogs were fed human-grade fresh food they produced 2.0-2.9 times (or up to 66%) less fecal matter than when they fed a dry kibble. A similar finding has previously revealed itself in dogs given Nom Nom and dogs given raw food. The researchers also found the human-grade fresh diet had no impact on the fecal consistency and pH (a classic marker of gut fermentation).

These fecal findings collectively indicate that human-grade fresh diets are likely to be easier on the tummy. And as a bonus, less poop means less bending and scooping for you. (Your back will thank you soon enough.)

The gut microbiome generally reflects the status of your dog’s gut and overall health, and a switch to a better diet is usually accompanied by a positive shift in its makeup. In this study, researchers found that human-grade fresh food led to an increase in Bacteroidetes and a decrease in many Firmicutes.

The ratio of Firmicutes:Bacteroidetes is sometimes associated with obesity in humans and mice. Although this study was conducted in normal weight dogs, given that this ratio decreased upon diet transition, it’s a compelling place for further investigation in overweight animals.

The researchers suspect that nutrient profiles were a main driver of the microbiome shift. For example, Bacteroidetes similarly thrived well on a high-protein high-fat diet in another study. Many Firmicutes bacteria, on the other hand, are fans of low-digestibility kibble, which may explain why their abundance was reduced with the highly digestible fresh diet in this study.

Of course, diet and nutrition are complex and not just simply defined by things like fiber, carbohydrate, protein, and fat content. Minerals, vitamins, additives, ingredient sources and the level of food processing are also likely to have an impact on the gut microbiome.

Nom Nom scientists recently discovered a shift of the gut microbiome in household dogs switching from kibble to Nom Nom. However, this shift was somewhat different from what Dr. Swanson’s research team observed. While an increase in many lactic acid bacteria (often referred to as “the good guys”) was observed with Nom Nom diets, it was not observed in the 2021 study. We think that because these Beagles were raised under a laboratory condition, they may have a different gut microbiome profile from household dogs.

Either way, this much is clear: Fresh diets can support your dog’s gut health.

Adding to a plethora of reasons why you shouldn’t feed your dogs kibble, this study confirmed that human-grade fresh diets promote a healthy gut microbiome. As we also observed in our own study, they are in fact more digestible than even a seemingly nutrient-rich kibble and similar-yet-highly processed fresh diets.

Our scientists at Nom Nom are always seeking out new insights on pet nutrition and health, so that you and your pets can live the best lives. Check out what they are up to at the Nom Nom R&D page and see how fresh food continues to keep science on its side.