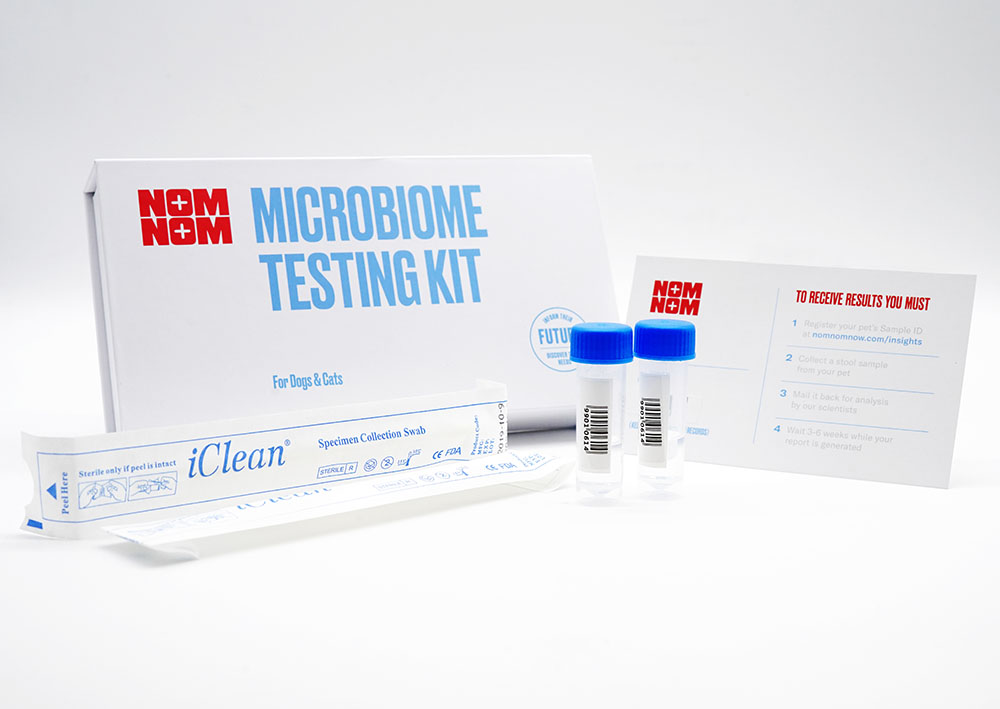 The R&D team at Nom Nom has been collecting stool samples from pets all over the U.S. in the name of science. Now, they’ve finally got their first results in hand -- thanks to our pet parents! In one of the largest pet microbiome studies to date, Nom Nom scientists have characterized the bacteria living in pets’ guts in an effort to better understand how these microbes affect your pet’s health.

The microbiota or microbiome -- names describing the bacterial community living in and on an animal -- play a crucial role in keeping your pet healthy. Yet scientists don’t yet have a firm grasp of the specific species of bacteria involved or even a comprehensive picture of all of them that are present. Unraveling what this community looks like could lead to better treatments for diseases linked to the microbiome, such as inflammatory bowel disease, allergies or cancer.

Our scientists analyzed stool from 238 pets, including 46 cats and 192 dogs, in one of the largest pet microbiome studies ever conducted. Stool is a convenient tool for researchers to sample microbes from your pet’s gut without having to perform an invasive procedure to snag a specimen. Many of the bacteria living in their intestines are in their poop (and it’s much easier than flying all the way to California to have your pet’s microbiome tested.)

Among the major findings, they observed that dog and cat gut microbiomes are dominated by three bacterial phyla called Firmicutes, Proteobacteria and Bacteroides -- a finding consistent with studies from other researchers. They also observed that the diversity of bacteria in cats is higher than in dogs, but bacterial composition varies between groups of dogs. The researchers were able to group dogs into three groups based on their gut bacteria, but continuing work is needed to address why such variations exist. The findings also indicate that deeper resolution of results, such as those provided by newer sequencing approaches, will lead to a better understanding of the microbiome and its functions. The study was also able to reveal some interesting observations regarding drivers of differences in bacterial communities in dogs. Finally and importantly, this study validates that using a direct to consumer approach is a valid one, able to reproduce major findings in the field as well as deliver novel ones. These results are the first step toward characterizing the types of bacteria living in your pet on a broad scale, and future work will narrow in on the finer details.

Our goal is to learn as much as we can in an effort to develop tools to make your pet’s life as healthy and long as possible. This first microbiome study from Nom Nom is the first of many and we are excited to share it with pet parents!