So you’ve ordered a microbiome testing kit. You collected your pet’s stool and shipped it back. Perhaps you’re eager to learn how you can help your pet be healthier or you’re simply curious to know what’s living in their gut. But now what? How is it analyzed? What is happening to your pet’s poop while you’re waiting for the results?

For decades, many of the microbes living in animal guts were hiding under scientists’ noses.

Researchers were restricted by the technologies of their time -- relegated to growing bacteria in liquid cultures or solid surfaces containing the nutrients they needed. But species that were previously unknown to science might need unfamiliar nutrients to grow. This is particularly true for bacteria growing in the gut. Many of these bacteria cannot survive in the presence of oxygen. These “anaerobic” species reside in specific parts of the intestine -- usually the large intestine -- and die when they’re passed from your pet’s body1.

For microbiome samples taken from , this was a problem because dead bacteria understandably don’t multiply. But the advent of DNA sequencing solved this because even dead bacteria have material to analyze.

The protocol to analyze your pet’s stool contains multiple steps. In the first step, genetic material from your pet’s sample -- or DNA -- is extracted from the poop in a multi-step process.

DNA is the code of life2. Every living thing on Earth has DNA -- from trees to insects, and pets to humans. It is made up of four chemicals -- adenine, guanine, cytosine, and thymine, known as “base pairs” and referred to as A, G, C, and T -- which read like a book. In DNA, these chemical letters string together to make genes, which then make proteins to carry out necessary tasks for life.

Scientists realized they could harness the “book’s” letters to characterize the relationships between when they previously relied on observable traits such as appearance3. Even though they both have DNA, your dog’s book has a different sequence of letters than a cat’s. And this is also true of different bacterial species. Determining the order of the four bases of DNA is called sequencing. The technology has opened countless possibilities for scientists to explore, including microbiomes.

At first, DNA sequencing was labor-intensive. Researchers worked with one sample at a time, carefully cutting strands of DNA, making millions of copies and then piecing together short fragments like a puzzle.

Today, new technologies have revolutionized our ability to analyze DNA sequences. Current machines can sequence millions of DNA strands, which can encompass entire ecosystems rather than a single bacterial species. Scientists can also sequence an organism’s complete genome for a few thousand dollars

As a whole, these techniques fall into a category called “next-generation sequencing,” but most microbiome researchers use one of two types: shotgun or 16S sequencing4. Both have their pros and cons, but each can provide information regarding the composition of your pet’s microbiome. Here we will explore what these types of sequencing are, and what we can learn from them.

16S sequencing is the oldest form of microbial sequencing to study relationships among species, although it has been taken to new lengths in the era of the microbiome. “16S” refers to a specific gene that is present in all bacterial species. This type of sequencing was once considered the “gold standard” for identifying bacteria. It is particularly handy for large and complex samples, in part because it is cost-effective.

In a stool sample, 16S sequencing can analyze thousands of different types of bacteria in a targeted manner by seeking out and amplifying small regions of the 16S gene that are the same -- identical strings of letters -- so scientists can then look for differences that occur between those regions. With these similarities and differences, scientists can categorize bacteria into groups and examine relatedness of various species, a very useful trait for characterizing the microbiome.

One issue, however, is that 16S sequencing can’t always provide the highest level of detail regarding defining which bacteria are or the bacterial taxonomy4. Some gut bacteria might belong to the same genus and have similar 16S genes, so researchers can’t ascertain whether multiple species are present or only one. And species information can be important - one species might cause and another be helpful, even from the same genus.  In another situation, bacteria that are not well-studied may clump together in a large, general group -- giving scientists only a vague idea of what the role of that group might be.

This issue makes it hard for researchers to capture the true diversity of the microbiome, as well as the functions different species have in the gut. Shotgun sequencing has surfaced as an alternative that can provide better resolution.

Shotgun sequencing is more difficult and expensive than 16S sequencing, but it can produce a clearer picture of the composition and roles that bacterial species have in the microbiome5.

This type of sequencing is like solving a bunch of puzzles whose pieces have been mixed together. It generates a large of short sequences -- called reads -- for DNA from all the organisms in a sample. These short reads contain overlapping letters, which algorithms piece together to compose whole genome sequences for each individual organism in the sample, rather than just part of the 16S gene6.

Compared to 16S sequencing much more of the DNA is sequenced, enabling identification of taxonomic relationships to higher levels of resolution. This because rather than just comparing part of a single gene (16S), scientists can compare large stretches of genomes to each other.

Shotgun sequencing has additional benefits as well, including an understanding of the functions that the bacteria are performing. This works by determining which genes are present in the DNA, what proteins are made by bacterial cells from those genes, and then figuring out the likely function of those proteins. By doing this scientists can gain a variety of insights into the actions the microbes are actually performing, such as what nutrients they break down, the by-products they release into the gut or how they might trigger immune responses. Different bacteria can have overlapping functions too, so this type of analysis provides a deeper understanding of bacterial roles.

Animal guts are swarming with more than just bacteria. Another strength of shotgun sequencing is that it can identify microorganisms besides bacteria in a sample, for viruses and fungi4. Scientists are starting to better understand these other members of the microbiota, and shotgun sequencing can show how relationships among bacteria, viruses and animal cells can impact host health and the ecosystem that resides in guts.

Different types of sequencing will reveal a lot about the variety of bacterial companions living in your pet’s gut. While many researchers still rely on 16S sequencing for a first glimpse, the wealth of knowledge that shotgun sequencing provides may provide the key to discover how the microbiome is linked to health 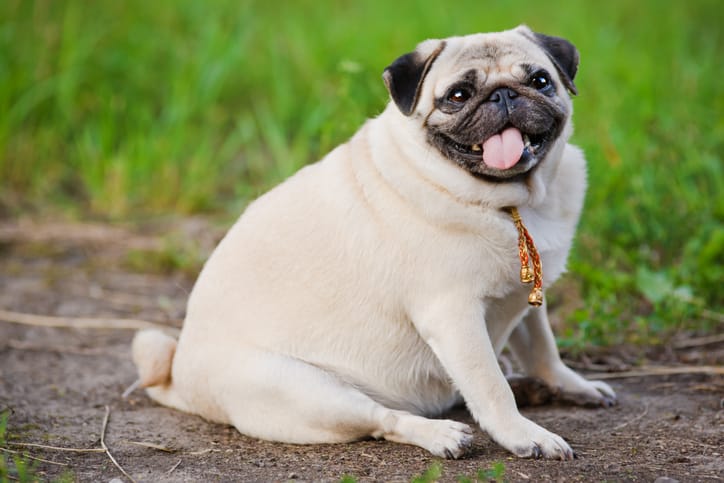