The Bacteria Living on Your Pet’s Skin 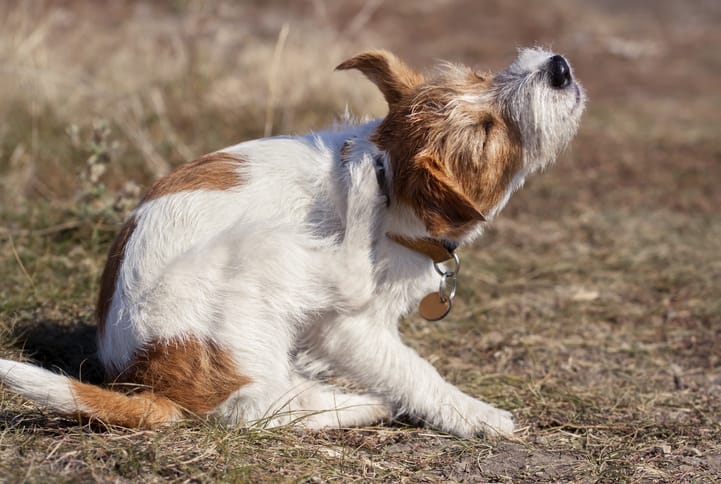 These microbes—at least most of them—aren’t there to cause disease1. Your pet’s skin is covered in what’s called the ‘skin microbiome’ which is a collection of beneficial microbes like bacteria that keep their skin healthy2. Skin comes into contact with many surfaces—and microbes. Every time your dog rolls around in the grass or your cat rubs up against your leg, their skin picks up bacteria from the environment. But often these environmental bacteria can’t survive on the skin, thanks in part to beneficial species that comprise the skin microbiome. They would need to invade your pet through a break in the skin, such as a cut.

As researchers learn more about what bacteria naturally dwell on your furry companion’s skin, they can uncover how these microbes affect health. A growing body of knowledge and products utilizing microbial-based treatments and preventatives for skin diseases are being developed which may someday also help improve your pet’s skin and coat.

Skin is the body’s largest organ. It is the first line of defense against threats from the outside world. Intact skin without cuts or scrapes protects your pet from bacteria that can make them sick. The skin microbiome ensures an animal’s skin is in good shape. The types of bacteria that live on the skin depends on the animal and often the specific the body part3.

Skin is like a vast array of countries. Just as many groups of people live in countries around the world, microbes inhabit different parts of an animal’s body. Human skin, for instance, is divided up into moist, dry and oily regions. Think of your forearm (dry) versus your armpit (moist), or the palm of your hand (dry) versus the side of your nose (oily). A 2009 study4 reported that Corynebacteria species dominate moist skin; Propionibacteria and Staphylococcus species prevail on oily skin; dry skin, on the other hand, has an enormous mixture of bacterial species. Though scientists have focused on studying the human skin microbiome, research is expanding to include a wide array of other animals, including dogs and cats.

The Skin Microbiome in Health

Two groups of bacteria live on the skin. One is always there, called the resident microbiome1. The other changes depending on the environment and what you have touched2. This transient population lives on an animal’s skin for a few hours to a few days.

Beneficial skin bacteria protect us from temporary microbes5. They compete for resources or release compounds that stop non-resident bacteria from growing5. But many bacteria from both groups belong on the skin, not in the body. Staphylococcus aureus, for instance, is harmless while growing on a person’s skin, and lots of people have it as a normal bacterial resident6. But if it enters the bloodstream through a scratch and makes it past the body’s immune defenses, it can turn deadly. Interestingly, in dogs and cats the primary bacterial colonizer is a different staphylococcal species, Staphylococcus pseudointermedius7.

Beyond presenting a barrier to protect animals from potential pathogens, the skin microbiome may also influence the immune system and disease2. For instance, atopic dermatitis (AD), which is an allergic reaction that causes your pet to have red and itchy skin8,9,  has received attention from scientists studying the skin microbiome.

Researchers need to conduct more studies to flesh out the relationship between the microbiome and AD, in addition to other diseases. Understanding such links could help scientists manipulate the microbiome to develop better medical treatments.

Dogs and cats have a diverse set of microbes living on their skin5. Although estimates in humans predict that every square centimeter of skin hosts anywhere from one million to one billion bacteria2, human skin microbiome may be less complex than those of other animals3,12.

Unlike humans, dogs and cats are covered in dense fur and their skin hosts different bacteria3. Initial counts for dog skin were vastly lower than human estimates, at around only 350 bacteria per square centimeter. Technological advancements now allow researchers to explore the microbiome’s composition in more depth, and this number will likely rise.

A study analyzing dog skin microbiomes discovered 17 bacterial phyla and scores of bacterial classes—broad taxonomic classifications that scientists use to define organisms10. They also learned that the same body parts in different dogs, such as their noses, were home to similar types of bacteria. When they compared different parts of the same dog, such as its nose versus its groin, they detected distinct species3.

Another study surveying the cat skin microbiome found similar phyla as in dogs11. Proteobacteria was the most abundant phylum, followed by Bacteroidetes, Firmicutes, Actinobacteria, and Fusobacteria. The researchers reported that individual cats and body sites hosted a wide variety of bacteria—similar to dogs and humans.

When you live in close quarters with someone, you share many aspects of your life. From bathroom soap to doorknobs, you are always handling objects that someone else touches. And since skin is covered in bacteria, our microbes also spread too.

Studies suggest that petting your dog might help microbes disperse around your house. A study from 2013 found that dog parents were much more likely to share skin bacteria than those without dogs13. Dogs and their parents also shared skin microbes with one another. Scientists, however, are unsure whether these bacteria are establishing their home on both dog and human skin. They may have transiently detected similar microbes because the people had recently hugged their pet.

Researchers have yet to understand many mysteries of the skin microbiome. As they learn more, they will uncover how its role in an animal’s health. They can also figure out ways to manipulate it—perhaps with probiotics—to ensure that our pets live their best lives.