“She gained a pound and a half, her coat is beautiful, and her meow is back!”

Two years ago, Jessica Lindberg adopted her first cat, a then-15-year-old black and white beauty named Oreo. "She was the oldest kitty in the shelter," says Jessica. Like many pet parents, Jessica says, "I didn’t pick her. She picked me."

In February of 2018, Jessica was devastated to learn that Oreo had stomach cancer. Chemotherapy had an 85% chance of success, so Jessica moved forward with it. While the treatment was successful in curing her cancer, Oreo lost a significant amount of weight.

At the start of October, after completing chemo, Oreo weighed just 8lb, 6oz, which was very skinny for her build. "I was trying everything," says Jessica. "Every type of canned cat food. Different types, brands, flavors, anything to get her to eat and gain weight. I thought maybe I could cook or do a raw diet, but that wasn’t realistic. She was eating a $9 bag of freeze-dried chicken treats every day. Anything she’d eat, I’d give it to her." But sweet Oreo’s weight still remained low, and Jessica was very concerned.

Then, the first week of November, Jessica discovered Nom Nom. She wasn’t sure how it would go over, given that Oreo is "the pickiest cat I’ve ever met." But Oreo took to the fresh food right away. "I didn’t even have to use the flavor flakes," says Jessica. "The food came and she just ate it up. She goes nuts for it."

Jessica took Oreo to the vet on December 5, a month after starting Oreo on Nom Nom’s fresh food. Everyone was amazed: she had gained a pound and a half in a month. The vet’s office was so happy to see her progress they even threw a little party for Oreo.

Switching to Nom Nom's fresh food had many additional benefits for Oreo. "When she was on the chemo, she was constipated and didn’t go every day," says Jessica. "But now her stools are regular and smaller. She had a bald spot, but it’s filled in since she started on this food."

"Now she’s happy, her coat is beautiful, and she loves her food. She lost her meow, but it's back in full force! She was very skinny, but now she is thriving and happy."

"I love that the food is nutrient-based," says Jessica. "Senior kitties don’t normally get enough water, but Nom Nom has moisture content. And I like how on the website you can write what your pet’s health needs are, like how Oreo needs to keep on weight so she gets more calories."

Oreo recently turned 17, and to celebrate her life and health, Jessica threw a huge celebration. "25 people came to her cat party! She has more friends than I do. She is super special."

Jessica’s advice to other pet parents: "Invest in what you’re feeding them. She has done so well. I am so impressed. I will never switch her food again." 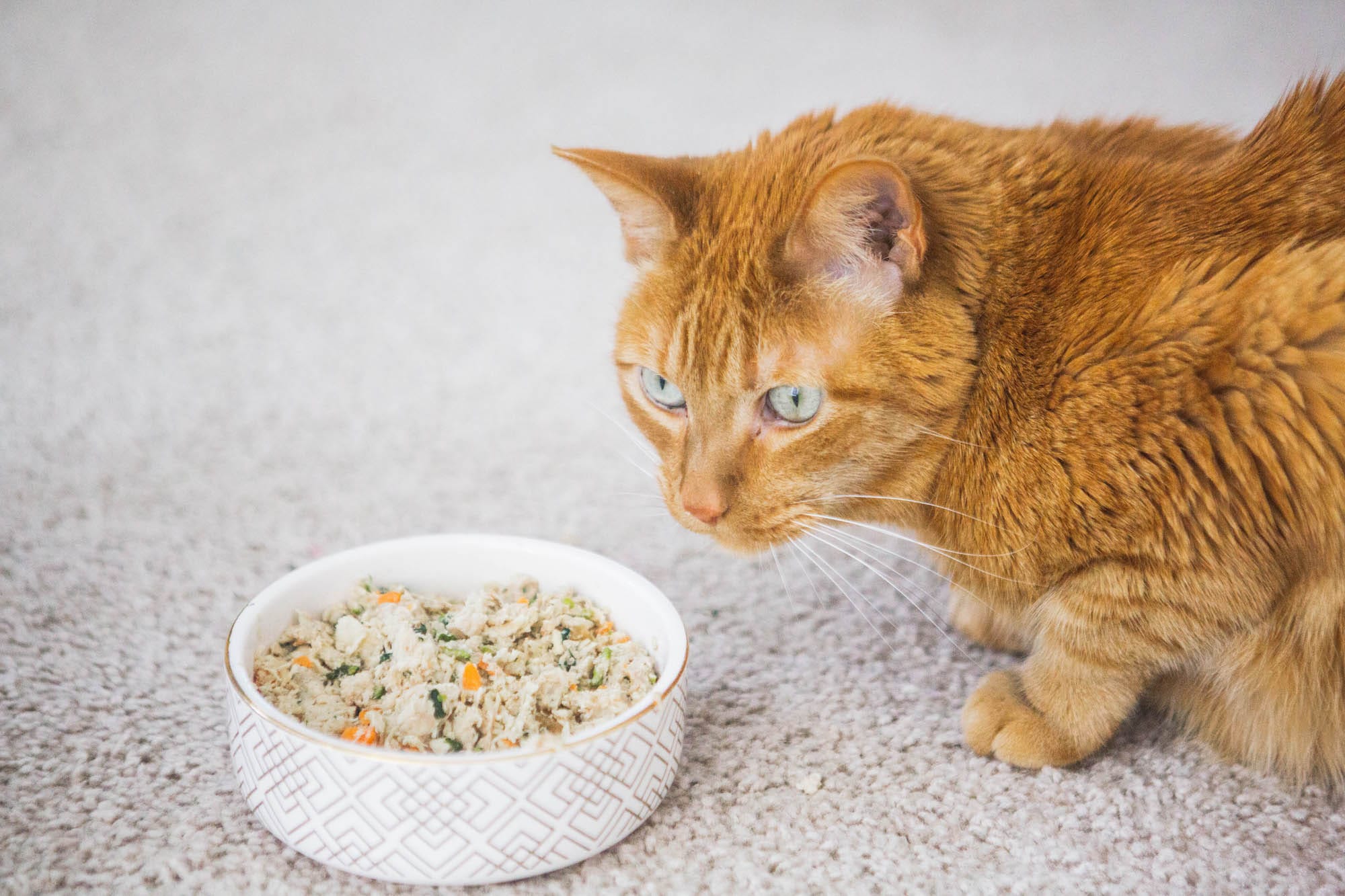