Microbiome and the Immune System 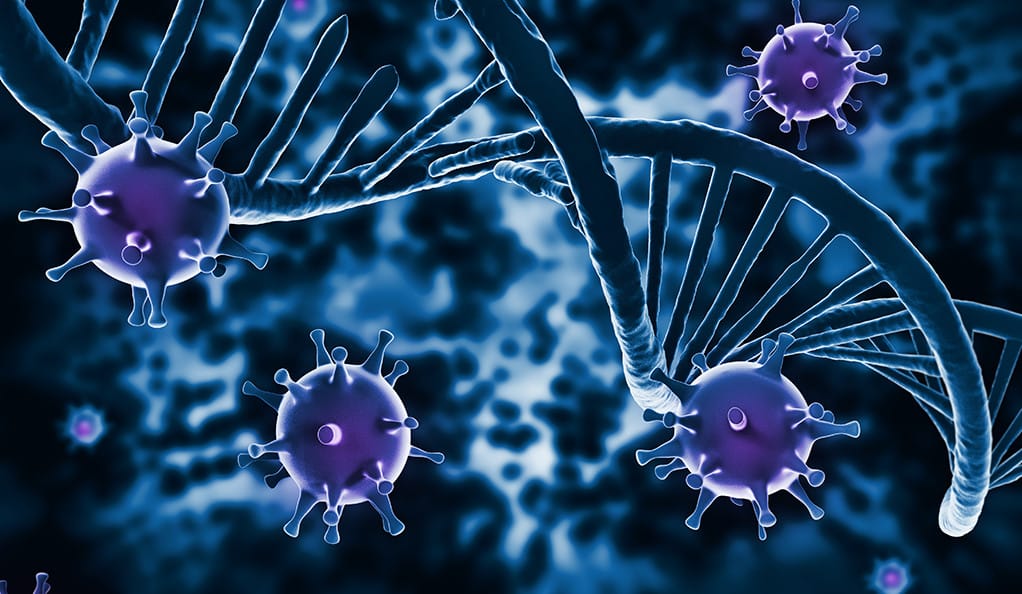 Microbes are everywhere. From the plaque in your mouth to every surface in your home to the deepest trenches in the ocean, bacteria, viruses, and other microbes thrive. But for all the microbes that coat doorknobs and your dog’s water bowl, only a fraction can or do make us or our pets sick. Some help keep us healthy. Most don’t do anything to us at all.

For example, the bacterium Bifidobacterium animalis grows in the large intestine of most mammals1. There, B. animalis helps with digestion—which is why it is a common probiotic. Lots of other bacterial species can’t survive in pets at all, such as those that live only on the roots of plants and help them grow2. On the other hand, when a bacterium like Leptospirosa enters your dog’s bloodstream, it can cause leptospirosis, an infection that can cause kidney failure, liver failure, diarrhea and vomiting3. Or an invading Streptococcus species can make your cat spike a fever and have painful joints4.

To cause our furry companions misery, these bugs have to first make it past a complicated array of defenses from their immune system. And a successful immune system may hinge on a different set of bugs: the microbiome.

Sometimes your pet may act lethargic and spike a fever—a sign that they are fighting an infection. Although they appear sluggish, inside their bodies there’s a war. A living creature’s defense against threats is called the immune system. It is an extensive network of cells and organs that join forces to attack invaders.

Imagine that your pet’s body is a castle. Their skin is the wall around the castle, designed to keep everything out. If an invader breaches the wall, it encounters a broad array of defenses such as a moat, or trenches filled with spikes. If it makes it past these, then archers and soldiers are ready to mount an attack.

Instead of moats and spikes or archers and soldiers, your pet has proteins and cells that kill invading microbes. There are two major arms of the immune system5, innate and adaptive immunity. The first arm, called innate immunity, is a broad, non-specific level of protection, much like moats and spikes. It defends your pet against anything that it recognizes as “non-self.” And in place of arches and soldiers is adaptive immunity, a network of cells that stage targeted attacks against specific pathogens.

For example, say your pet was exposed to canine influenza6. (Yes, dogs get the flu!) Their innate immune system would immediately launch a strike, producing a slew of defenses that should stop a viral infection, in general, in its tracks. But if innate immunity is not enough—and your pet becomes sick—the adaptive immune system steps in. The innate arm tells the adaptive side that it is trying to fight the flu, and adaptive immunity mounts an attack against that specific virus.

The immune system is very complex. Its innate and adaptive arms are intricately linked through a multitude of cells, tissues, and signals that protect your pet (and you) from pathogens. New discoveries are helping scientists piece together how the immune system develops and functions. And they now know that part of the puzzle involves the microbiome—a collection of microbes that naturally live in animals and keep them healthy.

The Microbiome and Immunity

Microbiologists will tell you that living in a sterile environment isn’t good for you. Your microbiome works with and for you and your pet, and benefits you in a wide variety of ways. However, there is a careful balance between these microbes themselves as well as between them and your body’s defenses. Shifts in the microbial population are associated with diseases that involve the immune system, such as inflammatory bowel disease and allergies.

Almost 70% of the immune system resides in the gut7, where it comes into close contact with the gut microbiome. Studies in germ-free animal models suggest that microbes play a crucial role in controlling immunity. For instance, germ-free mice have a defective gut immune system8. Such mice have fewer structures that can sense when an invader makes it past the skin; they also have fewer cells that can mount targeted attacks against microbes that cause disease.

Gut microbes help preserve a delicate balance not only for the bacteria populations that live there but also for inflammation. Inflammation is the body’s way of protecting itself from injury, in that it recruits cells that heal cuts and fight potential pathogens9. Though it is typically helpful, too much of it can be harmful. For example, chronic inflammation in humans is linked to cancer, heart attacks, and stroke10. Some gut bacteria, such as Bacteroides fragilis, help regulate the parts of the immune system that dampen inflammation11. And by-products bacteria release when digesting nutrients in the gut, such as short-chain fatty acids from fiber, decrease inflammation as well12.

Studies have also shown that exposure to specific bacteria at a young age helps protect from some autoimmune diseases, which are conditions where the immune system begins to attack the body it defends11. To this end, gut microbes may help “train” a young animal’s immune system to respond appropriately to threats. Without the necessary training, it may instead turn on itself.

Your pet’s microbiome and immune system have evolved to work in concert for both their benefit and their microbes’. With an increased understanding of this interplay, researchers will be better able to develop new medical treatments for a variety of illnesses. Many diseases linked to changes in the microbes that live in and on animals don’t have cures, such as inflammatory bowel disease or allergies11. Future work will help fill in the gaps and provide a roadmap to figure out new ways to make your pet’s life healthier.