We see a lot of trends crossing over between human diets and pet diets: low-carb, grain-free, raw foods, antioxidant-rich, etc. After all, if it works in humans there’s a good chance it’ll have similar benefits for our pets, right? Sometimes, but not necessarily.

Household pets have very different dietary needs than do humans, and they process foods differently as well. We can’t apply the same rules people follow and expect good results. With the recent rise in the popularity of grain-free cat foods, it’s important to understand what differentiates grains and carbohydrates, and the role they play in a feline diet.

Both canines and felines are members of the order Carnivora, which consists of animals that have teeth and claws optimized most commonly for hunting and consuming other animals. As obligate carnivores, cats rely on animal proteins to fulfill certain nutrition needs. In the wild, cats rely on meat as a primary (and sometimes only) source of energy and nutrients, and household cats will do quite well on a diet that includes high levels of animal proteins.

Despite the name, not all animals classified within carnivora are pure carnivores. Dogs, bears, skunks, racoons, and others are omnivores or facultative/adaptive carnivores depending on the animal in question. Over time, both cats and dogs have developed to be very efficient at digesting more than 80 percent of nutrients from most vegetable sources (including grains and other vegetables).

Grains and Carbohydrates Are Not The Same

While cats absolutely require animal proteins to survive, the same isn’t true of grains specifically or carbohydrates in general. Grains are not proven to be an issue for cats, but we also have no evidence that grains are a better source of energy or nutrients than animal proteins.

While it may seem logical that a true carnivore like a cat would have a strong preference for a pure or nearly-pure meat-based diet, recent studies are inconclusive.

In one study, researchers found that on average, cats offered the choice of four cat foods (high fat, high carb, high protein, and balanced) chose to get 43 percent of their calories from carbohydrates compared to just 30 percent from protein. In another study, researchers observed that cats fed a higher-carb diet tended to restrict their eating (to restrict carb intake), which also had the effect of restricting protein and fat intake.

One potential factor that could affect the results of these studies is palatability, which is virtually impossible to control for. Cats may find a particular cat food more or less tasty, affecting their desire to eat it, and that palatability may have no correlation at all to the presence or absence of carbohydrates.

Why Include Carbs in a Feline Diet?

Cats physiology requires animal proteins for survival, but carbohydrates are often incorporated into foods for two reasons: cost and palatability. Nearly any grain or carbohydrate will be cheaper to produce than meat. While we love our pets, for many the cost of a diet is one of many factors to consider.

Healthful carbs like spinach, carrot, asparagus, yuca and others can be a great source of feline energy and nutrients that also happen to be highly palatable. The goal is to ensure your cat is taking in the right overall mix of nutrients, protein, and fat, and creating a tasty mix she enjoys eating will help.

While allergies can cause significant health issues in cats, food allergies are much less common than many pet parents believe. When food allergies exist, animal ingredients such as eggs, fish, milk, and chicken are far more likely to trigger reactions than grains. Work with your veterinarian to identify any foods that may be triggering an allergic reaction, and select cat foods that avoid these ingredients.

Focus on Nutrients, Not Ingredients

While there is no research that indicates that grains are harmful for cats, we do know that grains are not a required component of a balanced feline diet. As obligate carnivores, cats can get all the nutrients they need from a high-protein grain-free diet. When considering any food, look at the overall balance of proteins and nutrients rather than being overly concerned with the presence or lack of any specific ingredient. As long as the nutritional building blocks are there, your cat will convert that food into the energy it needs to stay happy and healthy. 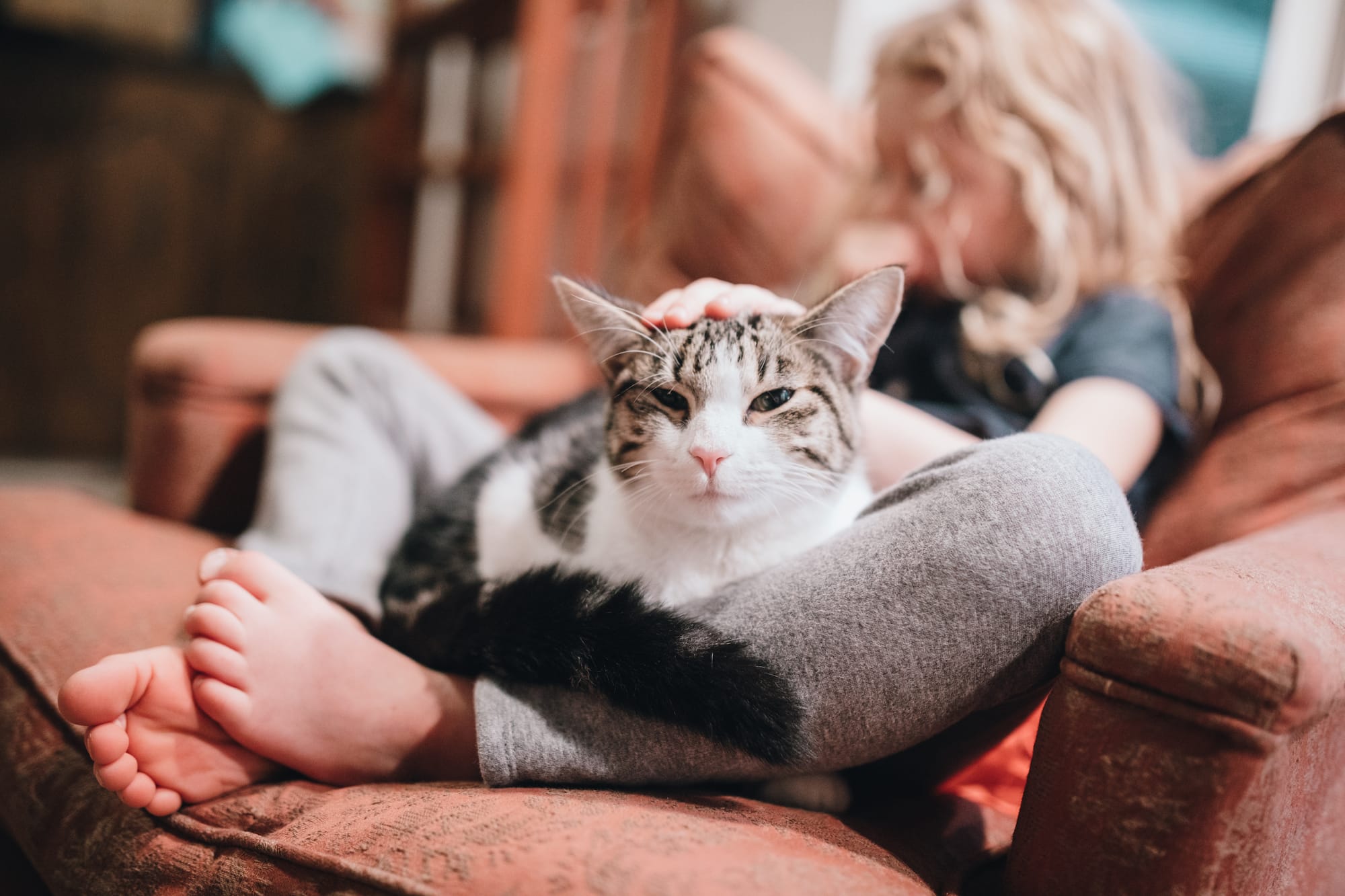 What's Up with My Cat's Bad Breath?