Pam Stambaugh’s Goldendoodle, Bentley, was an extremely picky eater. But after discovering Nom Nom, he now eats every bite in his bowl. 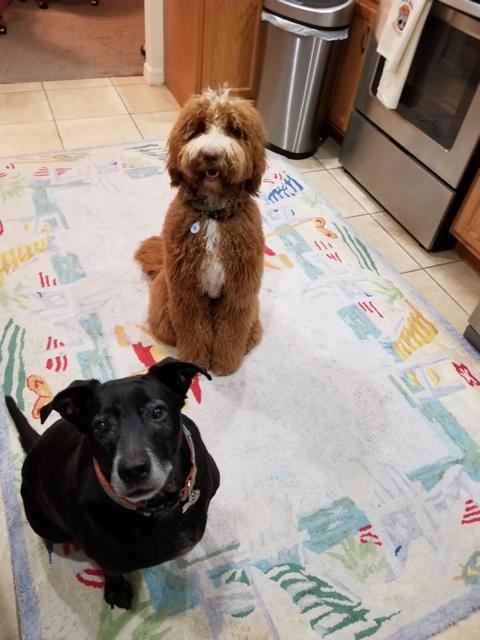 "Our picky Goldendoodle turned away from many other foods. He eats every bite now."

Pam Stambaugh’s 2-year-old Goldendoodle, Bentley, is extremely cute — and extremely picky. "We've had him 15 months," she says, "and he was a super picky eater. Unless we put roasted turkey on top, he wouldn't eat his food."

She tried giving Bentley many different dried and canned foods, but to no avail.

Pam was concerned that Bentley wasn't getting the calories or nutrition he needed, and hated wasting food and money throwing out what Bentley wouldn't eat. So she set out to find something better. "I looked on the web and evaluated different products. I did a lot of research, read reviews, and wanted to find food actually looked like food."

She was pleased to discover that Nom Nom did indeed look like real food and not "some pasty icky thing" like many of the other so-called fresh foods she came across. After ordering it, she was even more pleased to find that Bentley loved his new fresh diet.

"He just loves his food. He has more energy, and his coat looks great, which is really important as a Goldendoodle."

Good for the Whole Family

As an added bonus, Pam started ordering Nom Nom for her slightly overweight lab mix, Echo, too. Echo also loved the food right away, and was able to easily reach a healthier weight.

Nom Nom has been a blessing for Pam and her family, and she says the switch has been so worth it: "It's so much easier. Maybe it's a little more expensive than wet food, but we're not wasting any food. A little more is totally worth it for their health and energy."