Bacteria 101: An introduction to the microbes living in and on your pet 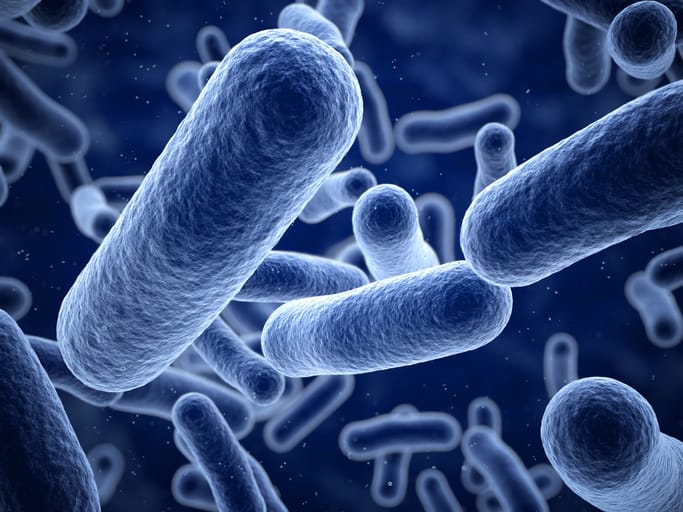 Everywhere you go, there are microscopic creatures invisible to the human eye. These tiny beings are found from the deepest parts of the ocean to the soil in your backyard. Even you and your pet are teeming with them. Hello, bacteria.

Scientists have learned an incredible amount about bacteria since their discovery in 1676. Today, we know bacteria can make people and pets sick, but they are also vital to keep them healthy. Here we’ll provide a basic guide to understanding what these incredible microbes are and why they are so crucial for life on Earth, with a particular focus on those living in and on your pet.

What are bacteria and how many are there?

If you think of cells, the building blocks of life, as Legos, then plants and animals are made up of anywhere from hundreds to trillions of tiny bricks. Bacteria, on the other hand, would be a single Lego, or unicellular.

Bacteria are a group of incredibly diverse, single-celled organisms. It’s hard to say how many of them live on Earth, although one estimate puts the count at between 9.2 – 31.7 x 1029 individual microbes (this number includes bacteria’s single-celled relatives, archaea). To put that number in perspective, that’s over 100 octillion. Yep, 10 with 29 zeros, or about 10 million trillion microbes per human being on the planet1.

Some of these have made your pet their home. Although scientists don’t know the exact number, there are likely trillions of them living in your pet’s gut, where they do things like help with digestion and make sure your pet can fight off infection.

The anatomy of a bacterial cell

Just because bacteria only have one cell doesn’t mean they’re simple. First of all, bacteria come in a variety of sizes. More than 100,000 of the smallest bacterial cells could fit on the tip of a human hair2, for example, while the largest known species is so big you can see it without a microscope3.

The shape of bacteria (their “morphology”) can also vary greatly, and scientists give these shapes specific names. For example, up close some of them look like clusters of round grapes (cocci, specifically staphylococcus), others like Tic-Tacs (bacilli), and still others like curly fries (spirochetes).

They also have a myriad of external features. A few have erected a layer of extra protection around themselves, called a capsule. Some species use various hair-like structures extending from their cell to help them swim from place to place or have small protrusions that help them grab onto surfaces and other cells (pili, fibrils, and flagella). With these and other mechanisms bacteria can move around. For example, some species can move toward or away from chemical signals in their environment, a process called chemotaxis.

If you zoom in even further and compare what’s inside bacteria to your pet’s cells, there are plenty of differences. Chief among them is that animal cells are far more organized than bacterial ones. For instance, animal cells have a nucleus—a vessel that holds DNA, the cell’s blueprint for everything it does—and a host of other interior compartments, called organelles. Bacterial cells, on the other hand, don’t have them.

Where do they live?

Bacteria live everywhere, from kitchen counters to soil to Earth’s most extreme and hostile environments.

In all of these places, they make up complex communities, similar to a metropolitan city. Just as cities are filled with people from diverse backgrounds, scores of different bacterial species (as well as other microorganisms) reside in any one place. Your pet’s gut, for instance, is home to hundreds of different species4,5.  Our data indicate the average is 519 and 657 species for dogs and cats respectively! You’ll also find countless microbes on their skin, in their mouths and pretty much everywhere in and on them. These microbial companions are part of what’s called the microbiota, or microbiome.

And just as cities occupy a wide variety of different environments, so do bacteria. Different species rely on different nutrients and environmental composition to survive. Some thrive in environments similar to ours, with plenty of oxygen and moderate temperatures, called aerobes. Others, called anaerobes, die if there’s any oxygen present, and instead depend on other chemical compounds such as nitrate or sulfate. Facultative anaerobes, on the other hand, can live either with or without oxygen around.

Most of the bacteria in your pet’s intestines are actually anaerobic. For example, members of the group Clostridia are particularly common in dog and cat gut microbiomes (and yours, too)6,7.

Bacteria in our daily lives

Without bacteria, all life on Earth would cease to exist.

No, really. Scientists suspect that mitochondria—the powerhouse of the cell, according to your middle school biology textbook—emerged when one bacteria hijacked another to generate energy. A similar theory holds for chloroplasts, which help plants convert sunlight into energy.

And in a world without bacteria, you can say goodbye to certain foods, too. Bacteria are the reason we have cheese8, chocolate9 (though don’t share any with your dog), wine10, and sourdough bread11.

These microbes do more than just give us good food and energy—they also affect our health. Members of the microbiome ensure animals get essential nutrients such as vitamins B12 and K. Bacteria also train the immune system to respond appropriately and guard against germs that would make you sick.

But these benefits are dependent on a careful balance among the species living on you and your pet. Researchers have linked imbalances to diseases such as inflammatory bowel disease, allergies, arthritis, and even cancer. What that balance looks like is different for everyone. Each person, dog, and cat is home to their own unique community of microbes. Researchers are working to pinpoint common patterns in an effort to develop better treatments for microbiome-related illnesses.