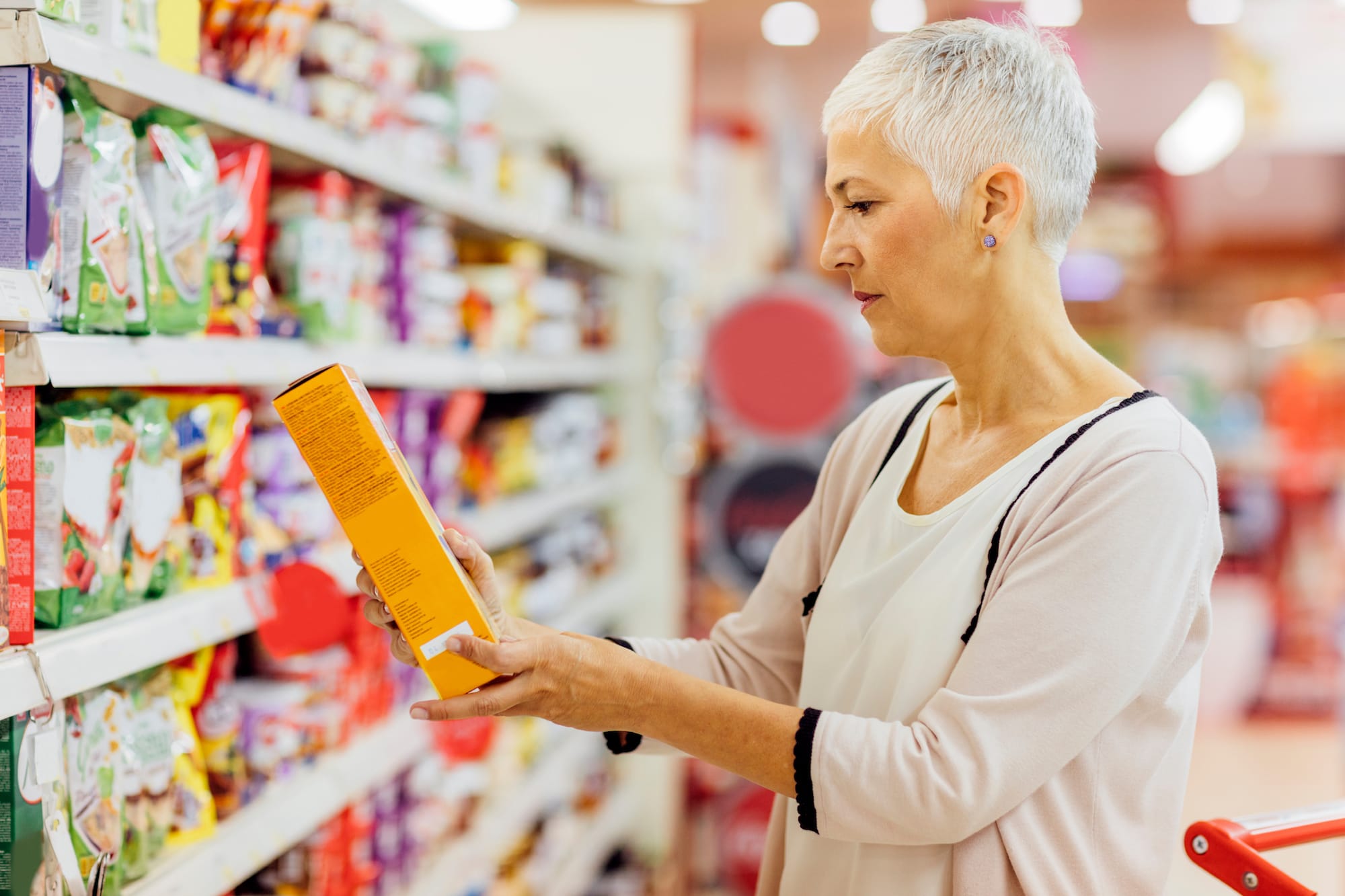 We all know food labels, for ourselves and our dogs, are way more complicated to read than they should be. In a perfect world, everything would have just a few whole ingredients we recognize, and that would be the end of it. However, long words (good and bad) dominate the labels on food and treats we feed our pets, and it’s up to us to know which are safe (think scientific names for vitamins), and which are toxic (think a chemical preservative known to cause cancer). Here are 5 bad ingredients in dog food and treats, so you can spot them on any label!

We all know it isn’t natural for a bag of kibble to sit on our shelves for a year, and you have to wonder what kind of chemical is strong enough to make that happen. However, preservatives can be found in all kinds of foods: kibble, wet, fresh, you name it. What you need to know is that there are two kinds of preservatives: artificial and natural.

Artificial preservatives such as Butylated Hydroxyanisole (BHA), and Butylated Hydroxytoluene (BHT), and Ethoxyquin are the really bad guys, known as carcinogens and frequently included in dog food. You should not feed any product, dog food or treat, that includes these.

Natural preservatives are sometimes needed with fresh foods, and Vitamin C and Vitamin E are common (and safe!) ones, that help preserve food in a completely natural way. On a label, they are usually written out as ascorbic-acid and L-ascorbic acid (Vitamin C), or any version of tocopherol or tocotrienols (Vitamin E).

Food dyes are well-known as carcinogens and poorly-regarded in human food. So why do we overlook their inclusion in our dog food? For some reason, many dog food manufacturers use food coloring to make dog food brown, even though that only appeals to humans, and not their dogs.

Look out for Blue 2, Red 40, Yellow 5, Yellow 6, and caramel (the most common), as all are known to include carcinogens — and there is no reason your dog will care what color their food or treats are.

If you’ve learned a bit about how kibble and other mass-produced dog foods are made, you know that spraying animal fat onto the final product is a quick way to trick dogs into eating food that wouldn’t otherwise be appetizing. It’s a low-quality ingredient, sourced from 4D animals (dead, diseased, dying, or disabled), which means it often comes from roadkill, dead zoo animals, or even euthanized animals. Many toxins are stored in animal fat, and especially in low-quality sources.

“Rendered fat” on a label is worse than something like “chicken fat”, though neither should replace whole meat that happens to include some natural fats. If the food or treats you buy include any oils, make sure they are clearly listed (not just vegetable oil; it should say sunflower oil).

Like rendered fat, there is a range of low-quality protein sources that are used in mass-produced food as a cheaper filler. Generally, they’re included as non-descript meat sources on the label, which is the first red flag. Avoid anything that simply says “meat”, “meat meal”, or “meat and bone meal”. These aren’t whole meat sources and are simply low-quality substitutions with less usable protein, and lower nutritional value overall.

We’ve heard of the many dog food recalls, and we know that contaminants, though obviously not a listed ingredient, are often spotted too late. One way to better predict which foods are more likely to be recalled for contaminants? When pet foods or treats are listed as “feed-grade”, regulations are lower, actually allowing contaminants such as rodent, roach, and bird excreta to be included.

To avoid this, choose human-grade dog food and treats, which are subjected to much higher standards, and contaminants and recalls are far less likely.

The truth about cooking dog food at home

A week of meals starts at $20. Order today and get your first delivery on Wednesday, February 15.